The genus Oenothera is mainly native in America. Several species have been brought to Europe as ornamental plants and some have escaped from there. Interestingly, there are stable hybrids in Europe that are not found in America. The species O. glazioviana is probably a hybrid that emerged in Europe. In contrast to most other Oenothera species O. glazioviana (http://de.wikipedia.org/wiki/Rotkelchige_Nachtkerze) does not seem to be self-pollinating.
The species was determined with the following key: http://www.bvnh.de/bnh/bestimm/gatto/oenothera.html

Plants were collected in Bensheim, Germany July 2013  (growing in the garden of the author, as a weed).

The flowers show a very prominent UV-signature with a dark centre and dark veins while the outer parts of the petals show a strong UV reflexion. In the simulated bee-colours the petals appear bee-magenta (green plus UV) with a bee-red centre (only green reflexion), while the pollen is bee-yellow (reflecting green and blue but no UV). – Interestingly, the UV-signature becomes also visible to the human eye when the flowers are illuminated with a UV torch (see induces fluorescence image). 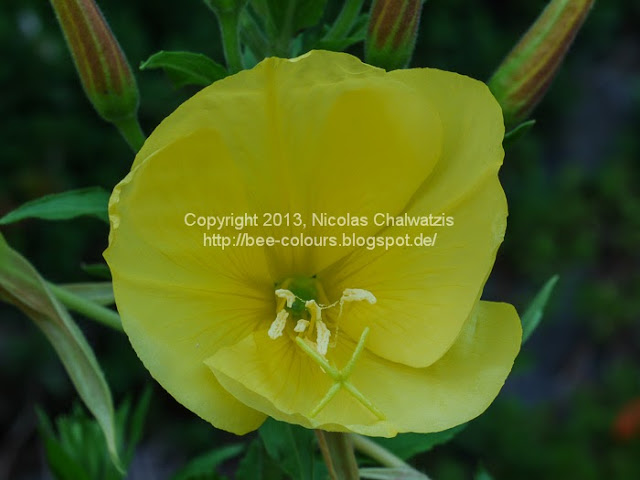 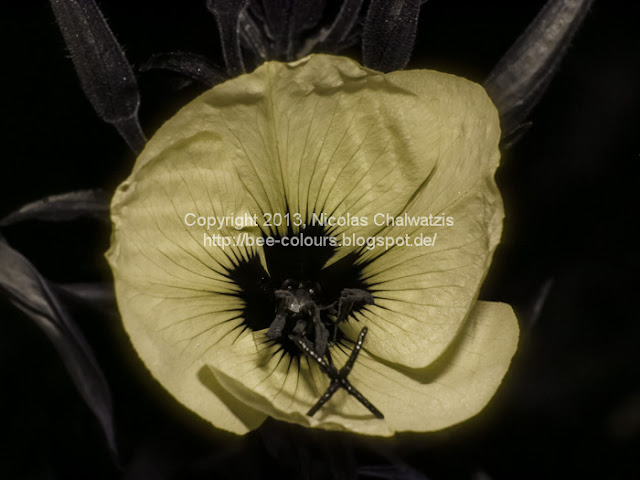 Simulated bee-colours: Composite image with a greyscale version of the UV-image and the blue and green channels of the visible light image. 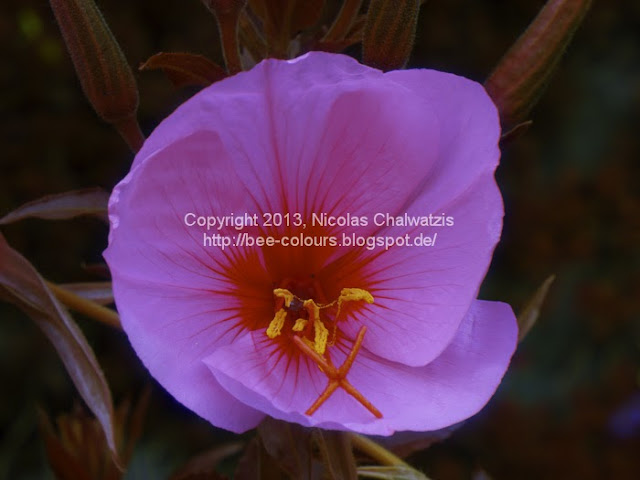 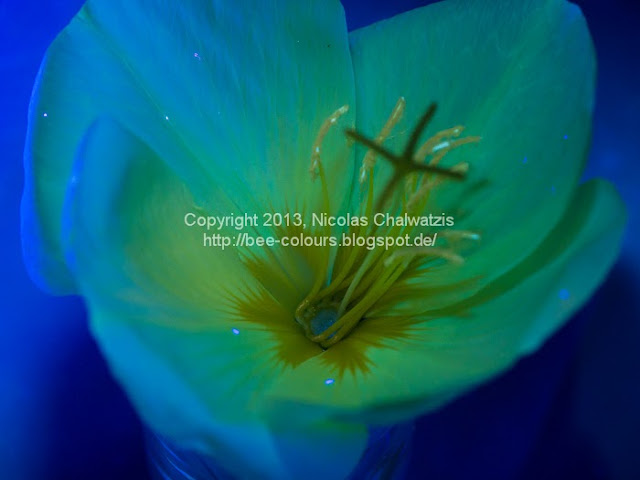