So far, I have published only images that show the UV-reflexion of flowers. However, some flowers show also very interesting UV-induced visible fluorescence. The latter can be documented by illuminating the flowers with UV-light in the dark, or at least under dim light conditions. Photographing fluorescence does not require a modified camera, since visible light is captured. Using an appropriate light source and the setting the white-balance has a significant effect of the appearance of the photos. I will write about this in more detail later, after acquiring some more experience. For now, just an example. 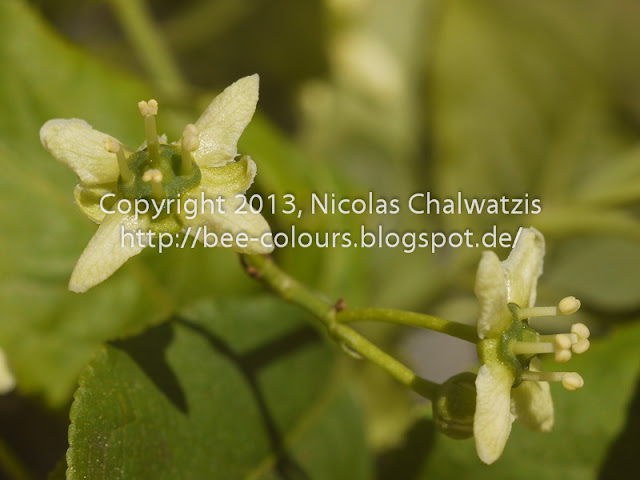 Second the UV-photo using the Baader U-filter. The sun was the only light source. The petals have a UV-reflecting base but are mainly UV dark towards the tips. 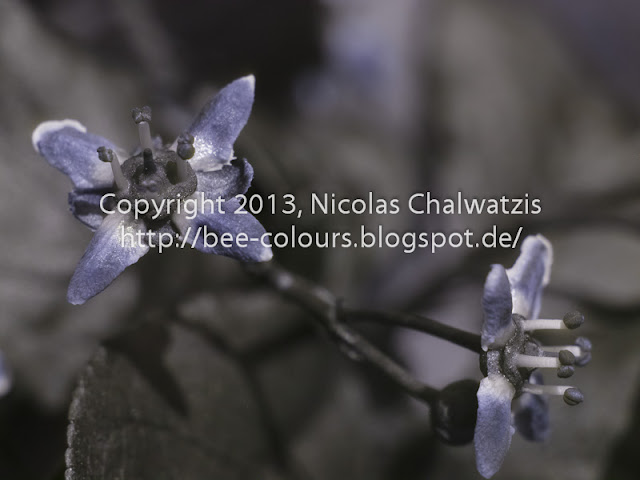 Third the flower illuminated with a LED-UV-torch with a peak output at 365 nm (photographed in the dark): 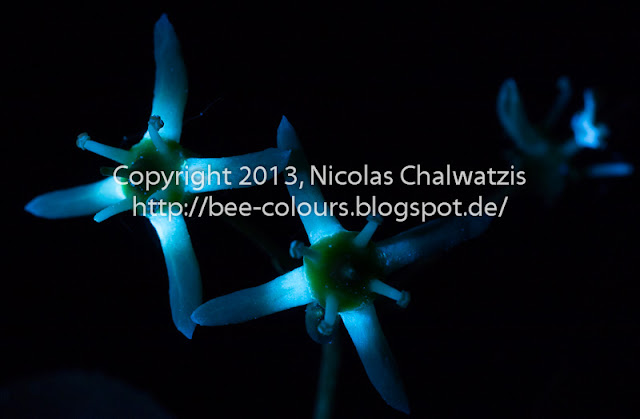 Even with some background illumination the UV-induces fluorescence is visible: 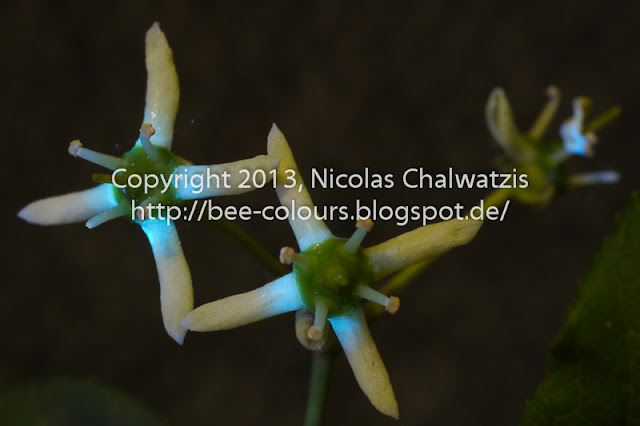