Polyommatus icarus is one of the most common species of the family Lycanidae. This species has a Palaearctic distribution. The caterpillars feed on the various species of Fabacea (e.g. Lotus spp., Lathyrus spp., Trifolium spp., Astragalus spp.).
Similar to the species Polyommatus coridon that was published here before (http://bee-colours.blogspot.de/2013/09/chalkhill-blue-polyommatus-coridon-poda.html) the outside or
“downside” of the wings has a UV-reflection that doesn’t make the animal stand out from the
background. However, in P. icarus the visibly black and red marks on the wings show a stronger contrast compared to the rest of the wing because they are entirely UV-black.
The insides, or upper sides, of the wings that are only visible in active animals and appear to humans in bright blue have a very strong UV-reflexion. This makes the blue (inner) sides of the wings appear much brighter than the background in the UV-capture.

UV images were taken with a broadband-modified Panasonic Lumix G1 and the EL-Nikkor
80mm/f5.6 at f8. 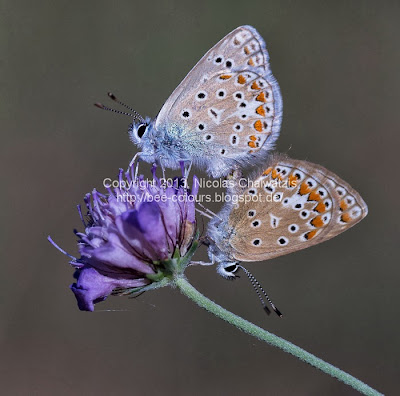 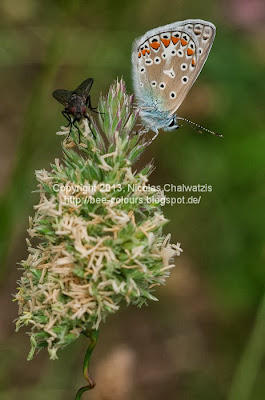 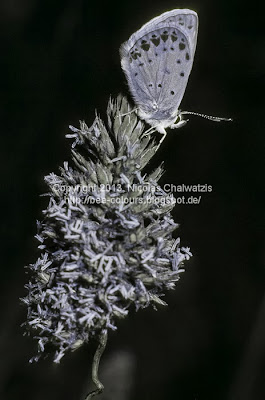 crop from the image above: 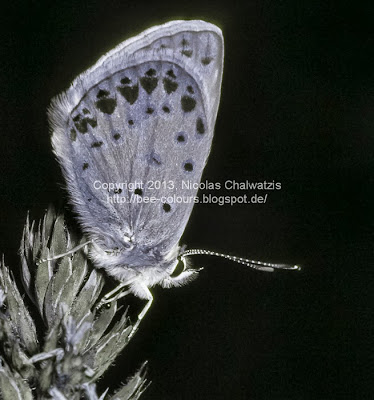 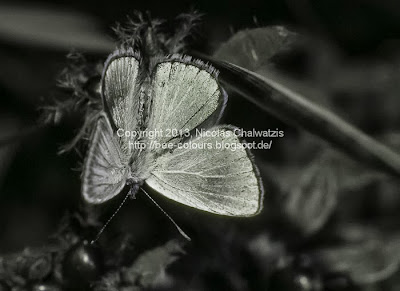